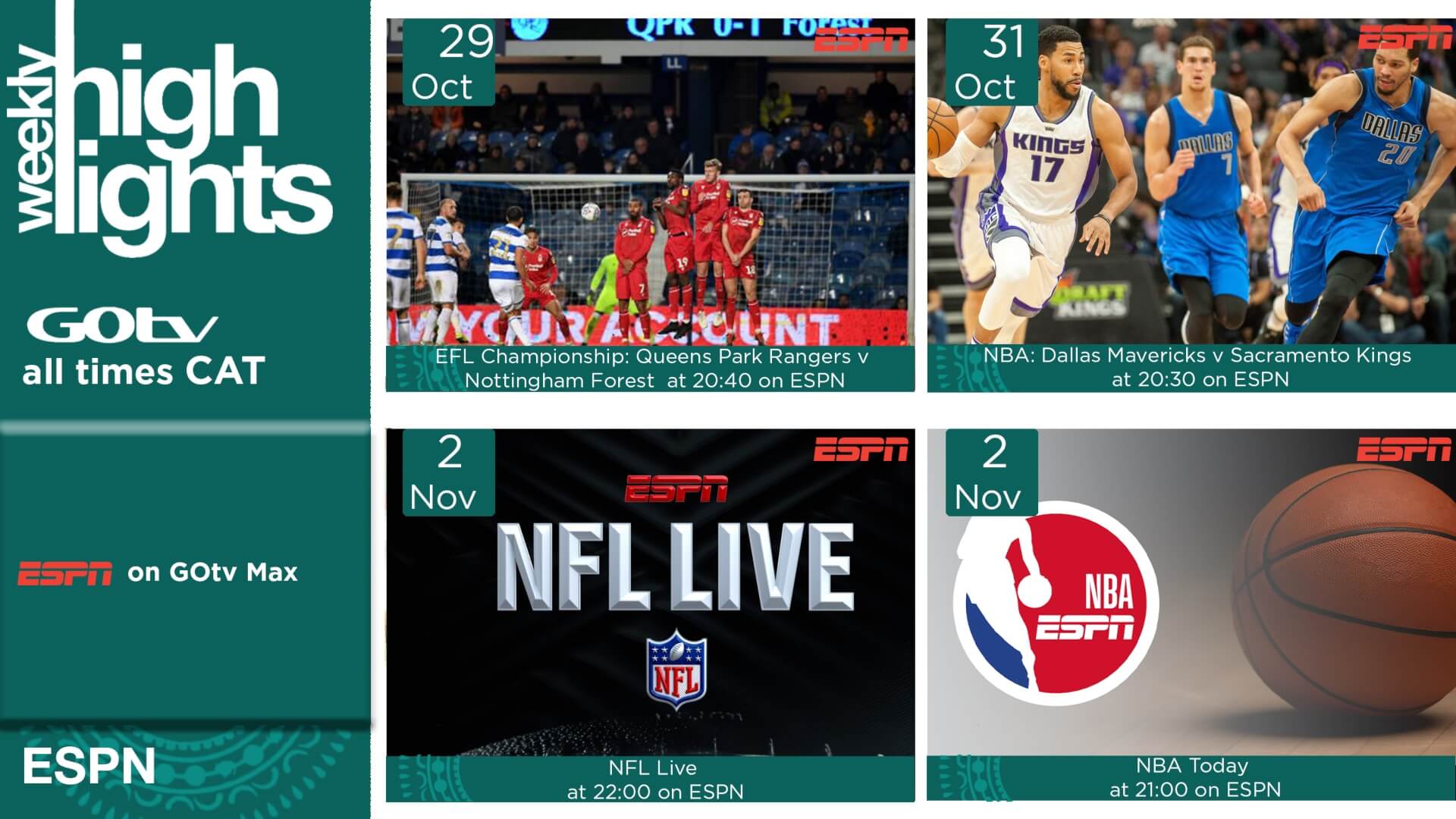 Monday 1 November at 20:00 on Africa Magic Family, available on GOtv Value and up

Bara and Dag, Tina and Chief Kurokeme's adopted sons, are forced into a partnership after finding out that their father's illicit gang was responsible for their mother's death.

Tuesday 2 November at 20:30 on Africa Magic Hausa, available on GOtv Value and up

The Zamanis' wealth proves to be worth very little when they fail to keep their secrets sealed. It is only when Halita is re-introduced as Adi's daughter that things really take a turn. It is now a game of fate versus fortune.

Four guys share a flat, and their daily quest for better lives leads to fun escapades.

‘Okoto’ is a millennial drama that tells the everyday experience of an Africa youth, including their dreams, hopes, struggles and aspirations.

Barcelona will target three points in La Liga when they welcome Deportivo Alaves to the Camp Nou in Catalonia.

Sunday 31 October at 21:45 on SuperSport GOtv Select 1, available on GOtv Plus and up

Serie A will host a heavyweight clash between Roma and Milan, with the Giallorossi and Rossoneri battling for three crucial points.

Tuesday 2 November at 17:15 on SuperSport GOtv Select 2, available on GOtv Plus and up

Catch all the action from the latest episode of WWE NXT UK, featuring WWE Superstars such as Ashton Smith, Oliver Carter and Primate.

Wednesday 3 November at 20:00 on SuperSport GOtv Select 1, available on GOtv Plus and up

Catch all the action from the latest episode of WWE 205 Live, featuring WWE Superstars such as Trey Baxter, Josh Briggs and Joe Gacy.

The EFL Championship presents a Friday night clash between Queens Park Rangers and Nottingham Forest at Loftus Road in London.

The 2021-22 NBA Regular Season continues with the Dallas Mavericks hosting the Sacramento Kings at the American Airlines Center.

Tuesday 2 November at 21:00 on ESPN, available on GOtv Max

Tuesday 2 November at 22:00 on ESPN, available on GOtv Max

As special agent Lin Dong tries to arrest a mecha-enhanced criminal, he discovers that his missing daughter is part of a dangerous biochemistry experiment. Starring Jackie Chan and Nana Ou-Yang, directed by Leo Zhang.

After his father's death, Britt inherits the largest media company in Los Angeles. He teams up with Kato to fight crime but ends up becoming the target of an underworld gangster, Benjamin Chudnofsky. Starring Seth Rogen and Jay Chou, directed by Michael Gondry.

A small-time criminal breaks out of prison and embarks on a journey to exact revenge on those who turned him into a serial killer. Starring Scott Adkins and Teresa Mahoney, directed by Jesse V. Johnson.

In a drunken stupor, Allan makes a list of five people whom he wishes were dead. When those people start getting killed, Allan sets out to stop the killer and save the remaining people on the list. Starring Cuba Gooding Jr and Cole Hauser, directed by William Kaufman.

Monday 1 November at 21:00 on Telemundo, available on GOtv Plus and up

‘Law of the Heart’ is a court drama that follows the life of Lawyers as they navigate their personal lives and tackle difficulties in the jobs on a day-to-day basis.

Tuesday 2 November at 21:00 on Zee World, available on GOtv Plus and up

‘This is Fate’ is a steaming drama narrating how fate plays its role in the lives of two optimists sisters, Preeta and Shristi.

Wednesday 3 November at 21:00 on Star Life, available on GOtv Max

‘The Frontliners’ follows the lives of Dr. Ishani Arora and Dr. Siddhant ‘Sid’ Mathur; complete opposites who struggle to deal with their attraction to one another.

A Woman of Steel

Thursday 4 November at 23:00 on Telemundo, available on GOtv Plus and up

Valentina Villalba Rangel is a beautiful woman who inherited a large fortune from her parents. When her fiancé Alonso Peñalvert leaves her at the altar, she swears never to let another man toy with her again.

Monday 1 November at 16:00 on Cartoon Network, available on GOtv Max

At Super Hero High School, Wonder Woman, Supergirl and their Super Hero friends attend exciting classes and deal with the awkwardness of growing up.

Tuesday 2 November at 18:30 on Nickelodeon, available on GOtv Value and up

After accidentally setting their principal's boat on fire, best friends Lex, Presley, and Munchy create an app to get jobs to pay off their debt. They'll do whatever it takes - no matter how embarrassing - including working as human mannequins.

Wednesday 3 November at 18:55 on Da Vinci, available on GOtv Max

‘Science Max’ is an educational show that focuses on scientific concepts that will interest kids. Manic, frantic, and lots of fun, this show will educate and entertain in equal measure.

Thursday 4 November at 12:00 on Disney Junior, available on GOtv Value and up

During the day, Amaya, Connor and Greg lead totally normal lives, but they transform into superheroes during the night and use their powers to fight villains and solve mysteries.

Monday 1 November at 21:00 on Discovery Family, available on GOtv Value and up

Wednesday 3 November at 22:05 on National Geographic Wild, available on GOtv Plus and up

In the varied forms of veterinary medicine, Dr. Susan Kelleher's practice may be one of the more unusual. Known as Dr. K, she runs South Florida's Broward Avian and Exotics Animal Hospital, and this series follows the staff as it cares for rabbits, ferrets, foxes, fish, birds, reptiles, marsupials, and even primates.

Thursday 4 November at 18:40 on CBS Reality, available on GOtv Max

Modern Britain is drowning in rubbish, but there is a hidden army waging a constant war against the grime. Follow the enforcement teams and inspectors out to nail the litter louts, and the fearless sewage warriors clearing the mess.

Thursday 4 November at 21:00 on Discovery ID, available on GOtv Value and up

Everyone is hiding something. It may be a harmless secret or it might be something far more serious. In Where Murder Lies, hear stories of murder investigations that gradually exposed one truth after another. 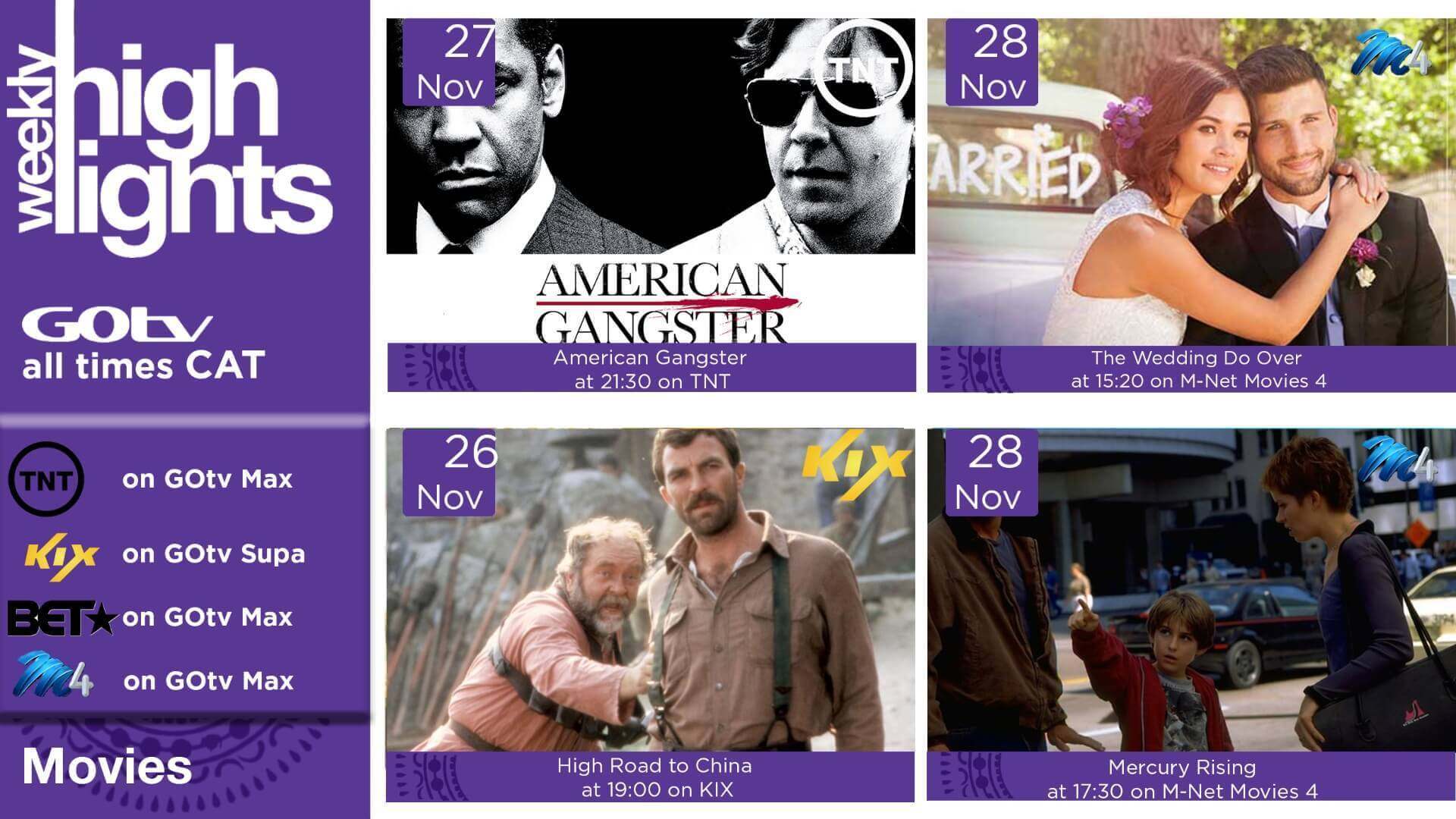 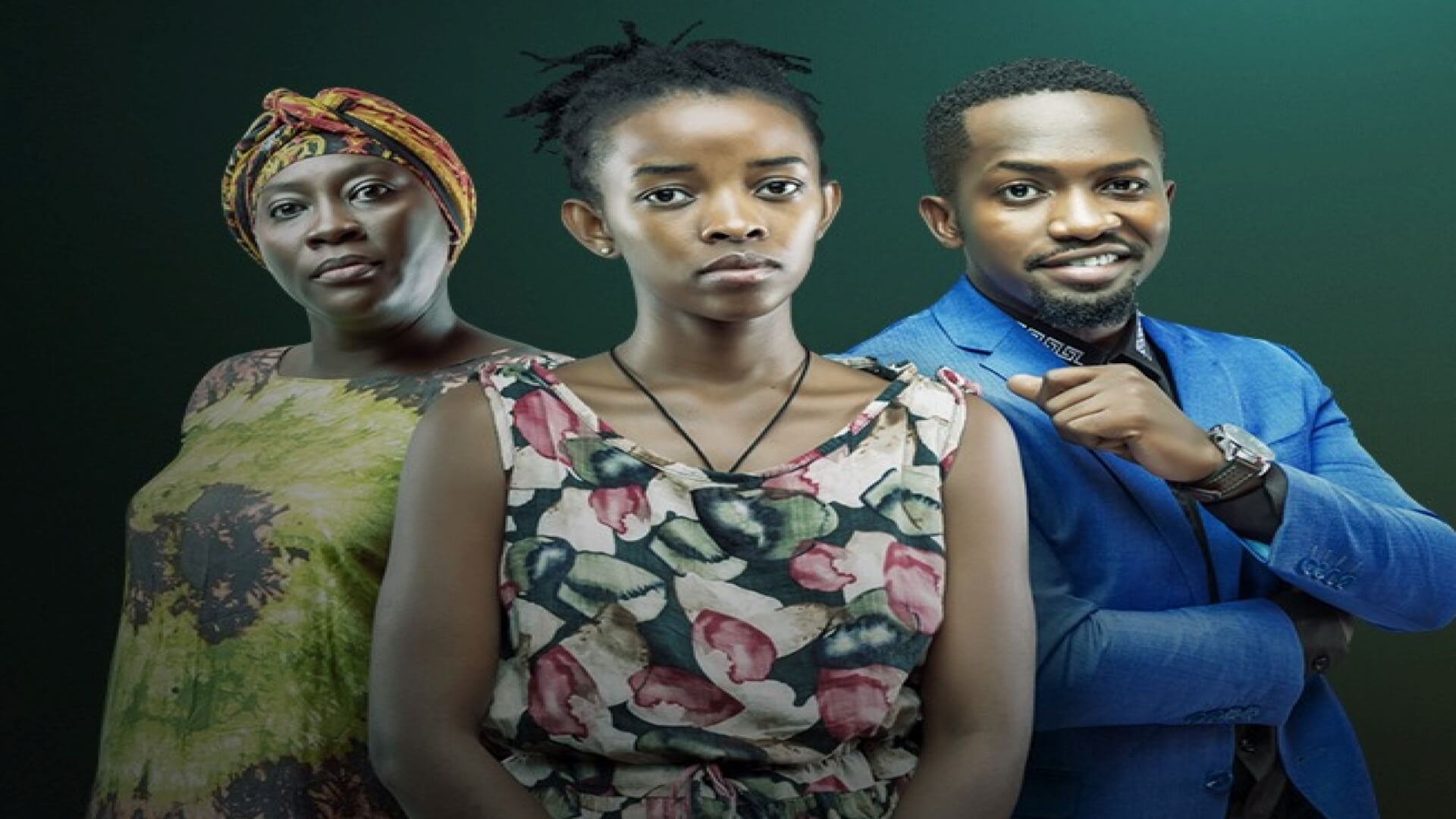