MultiChoice Group and its partners use cookies to help deliver services and for advertising purposes (see details in Privacy Policy ) By using this site you agree to this. You can change your cookie settings in your browser.
IMPORTANT NOTICE: We've updated our GOtv service Terms and Conditions to ensure that they are more user friendly. Please click here to find out more.
Jump to content 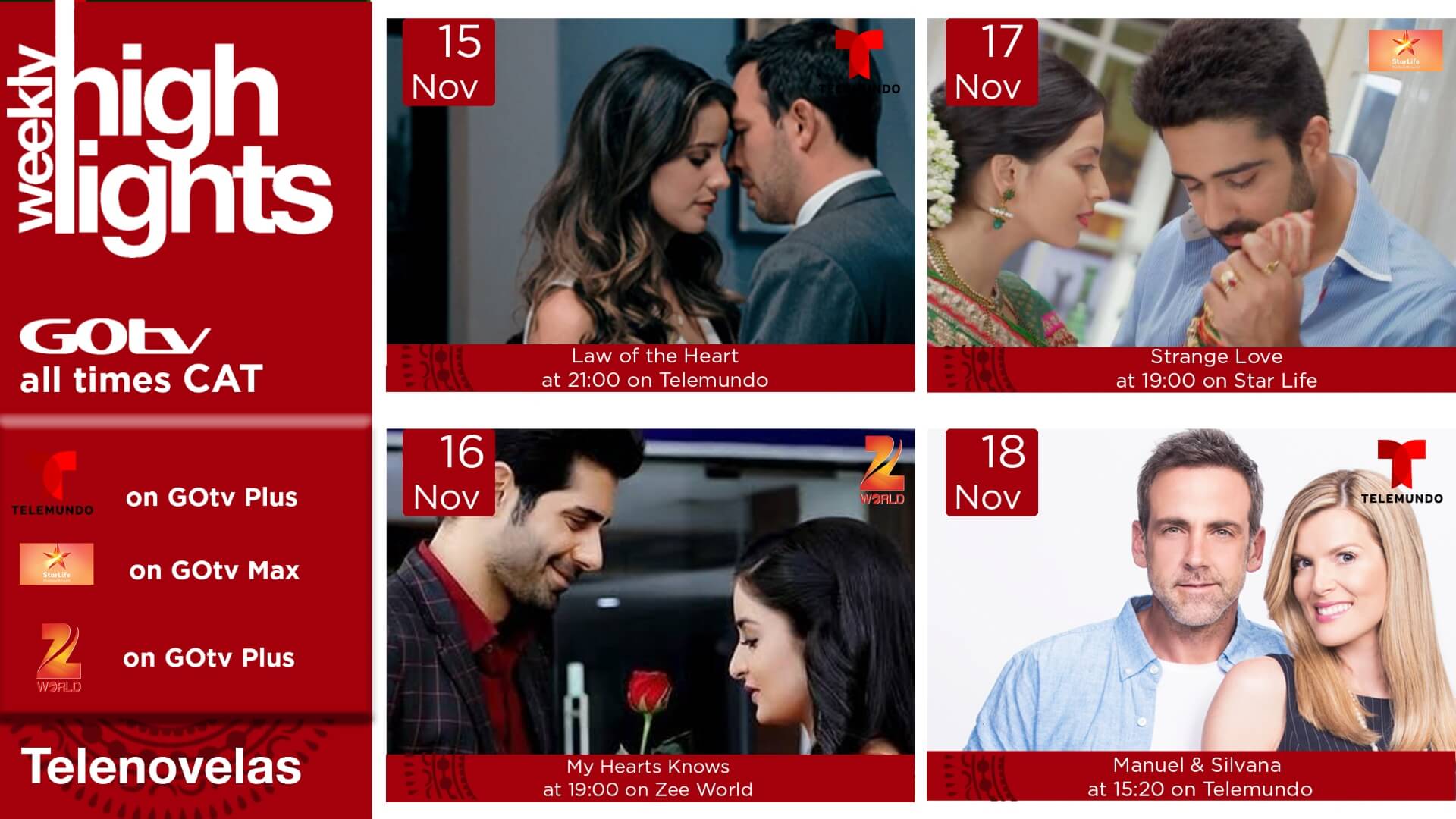 Monday 15 November at 12:00 on Africa Magic Family, available on GOtv Value and up

‘53 Extra’ features music, film, fashion, red carpet events, and news about celebrities and industry leaders from across the African continent.

A family sitcom focused on an average family based in Lagos Nigeria, their diverse traits and how they cope with what life has to offer them.

Wednesday 17 November at 13:00 on Africa Magic Igbo, available on GOtv Max and up

A musical playlist that highlights the rich cultural aesthetics of the Igbo people. It is also filled with entertainment and information through the medium of music.

Thursday 18 November at 19:00 on Africa Magic Yoruba, available on GOtv Max and up

The story of ‘Hush’ revolves around Bem and Arinola, power-players in fashion and politics respectively.

Friday 12 November at 21:45 on SuperSport GOtv Select 1, available on GOtv Plus and up

Denmark will look to continue their immense form in the 2022 World Cup Qualifiers when they host the Faroe Islands.

Saturday 13 November at 02:00 on WWE Channel, available on GOtv Supa

Catch all the action from the latest episode of WWE Smackdown, aired live on the WWE Channel, featuring WWE Superstars such as Roman Reigns and Charlotte Flair.

Sunday 14 November at 21:45 on SuperSport GOtv La Liga, available on GOtv Max and up

Spain and Sweden will meet in a key Group B 2022 World Cup Qualifier, set for Estadio Olimpico de Sevilla.

Thursday 18 November at 17:00 on SuperSport GOtv Select 2, available on GOtv Plus and up

Get fit in the comfort of your own home: we have designed five unique paths to a better you, every colour represents a different program. You choose which personality and fitness regime you are comfortable with.

‘First Take’ is always a heated discussion as Stephen A. Smith and guests debate about the day's top stories.

The 2021-22 NBA Regular Season continues with a potential thriller on Sunday night between the Los Angeles Lakers and the San Antonio Spurs.

When his sister Annie gets trapped in a crevice atop K2 along with her crew, mountain climber Peter Garrett must assemble a team to rescue them before they perish. Starring Robin Tunney and Chris O’Donnell, directed by Martin Campbell.

As the Allies advance in North Africa, the Nazis unleash dragons to turn the tide of the war. A rag-tag squadron of P-51 fighter pilots is sent on a suicide mission to fight the beasts and save the war. Starring Scott Martin and Stephanie Beran, directed by Mark Atkins.

Bo, a young street magician, starts dealing drugs to support his sister after their parents' death. He must use his intellect and magic to save his sister after his supplier kidnaps her. Starring Jacob Latimore and Dule Hill, directed by J.D. Dillard.

Monday 15 November at 21:00 on Telemundo, available on GOtv Plus and up

The stories of love, deceit, heartbreaks and irreconcilable differences brighten ‘Law of the Heart’. Who will finally say goodbye to an unfaithful partner, and who will find reasons to stay in the relationship?

Tuesday 16 November at 19:00 on Zee World, available on GOtv Plus and up

Eighteen-year-old, Kalyani lives in Aurangabad with her parents, Atul and Madhuri. On their wedding anniversary, Madhuri slips on a balcony and tragedy ensues.

Wednesday 17 November at 19:00 on Star Life, available on GOtv Max and up

‘Strange Love’ is the story of Shlok, who is riddled with issues from his past experiences that shapes his arrogant personality which contributes to his course of actions, especially when it comes to Aastha.

Thursday 18 November at 15:20 on Telemundo, available on GOtv Plus and up

A high society woman loses everything and has to move with her three daughters, and her mom to a middle-class neighbourhood.

Monday 15 November at 15:15 on Cartoon Network, available on GOtv Max and up

Seth, a whimsical mushroom, learns new lessons as he goes through exciting adventures with his friends and family in Fungietown.

Tuesday 16 November at 14:50 on Boomerang, available on GOtv Supa

Following the animated adventures of the clueless yet brilliant Mr Bean and his faithful sidekick Teddy.

Wednesday 17 November at 19:35 on Da Vince, available on GOtv Max and up

The "don't try this at home" warning seen on some TV shows doesn't apply to this series, which encourages the discovery of scientific concepts through experiments that viewers can reproduce in their own homes.

Thursday 18 November at 11:30 on Disney Junior, available on GOtv Value and up

Dottie McStuffins puts on her stethoscope and starts fixing toys and dolls, as she wants to become a doctor like her mother.

‘Black Ink Crew’ follows the daily goings-on and associated drama at a Harlem, N.Y., tattoo empire, where a tight yet dysfunctional staff of artists serve a growing celebrity clientele. The shop is a magnet for hip-hop stars as well as pro athletes, video vixens and a who's who of urban elite.

Call of the Wild

Friday 12 November at 18:00 on National Geographic Wild, available on GOtv Plus and up

Would you entrust your life to your best friend? In this new adventure series, the best human-dog friends depend on each other to survive and thrive as one in the wild.

Friday 12 November at 21:00 on Discovery ID, available on GOtv Plus and up

Four teams of private investigators tackle the cases the cops won't touch: from criminal defence to infidelity; stalking to cold case homicides; fraud to fugitive recovery - they're on a mission for truth and justice.

Tuesday 16 November at 14:30 on E! Entertainment, available on GOtv Value and up

This afternoon shows offers the same type of behind-the-scenes information, news and celebrity interviews that viewers have come to expect from ‘E! News’ but also adds other elements typical of morning shows. The hosts lead what the network calls "fun, insightful and relatable conversations" revolving around the day's biggest pop-culture stories. 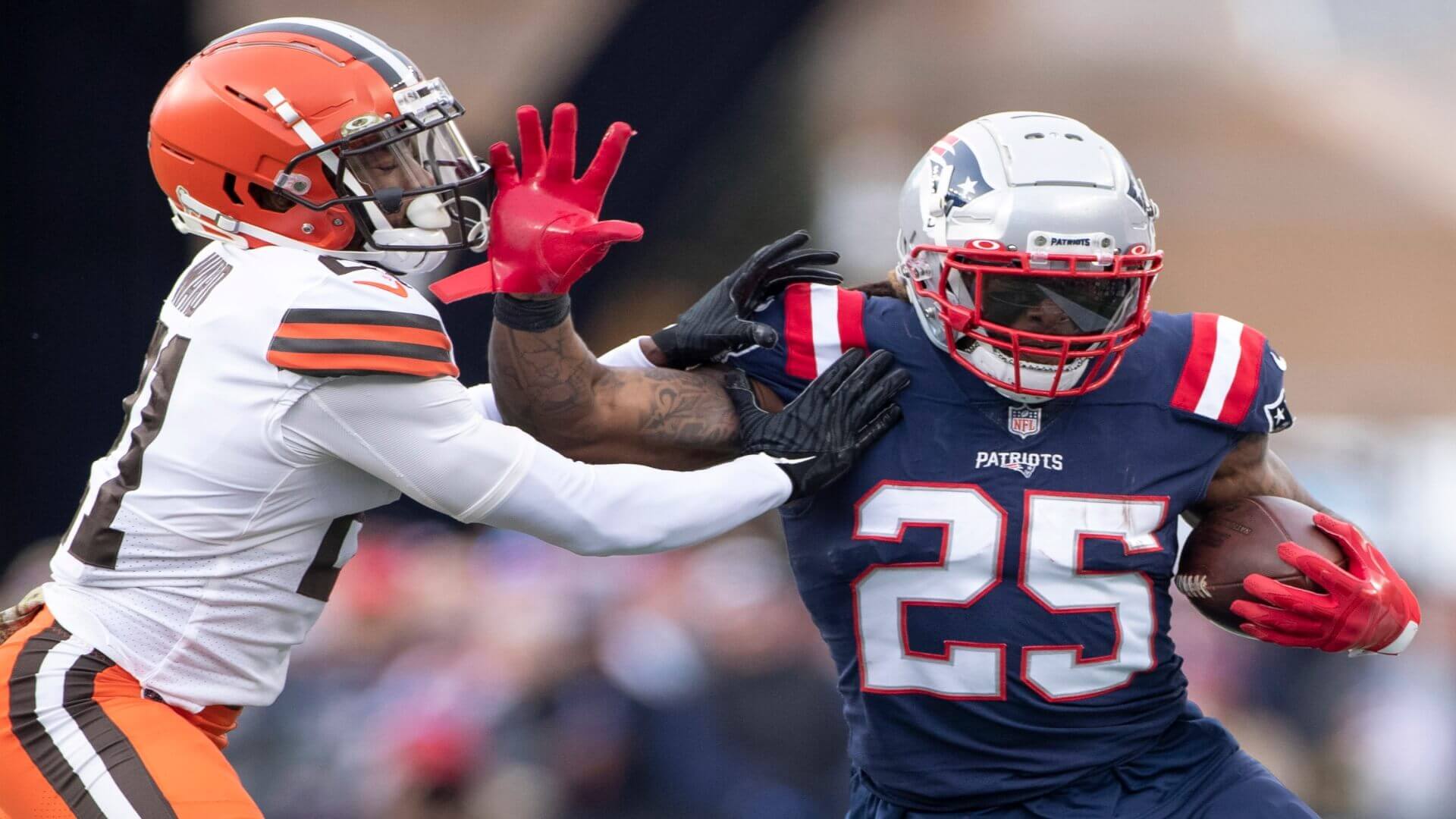